The Dead Baby That Was Actually a Dog. 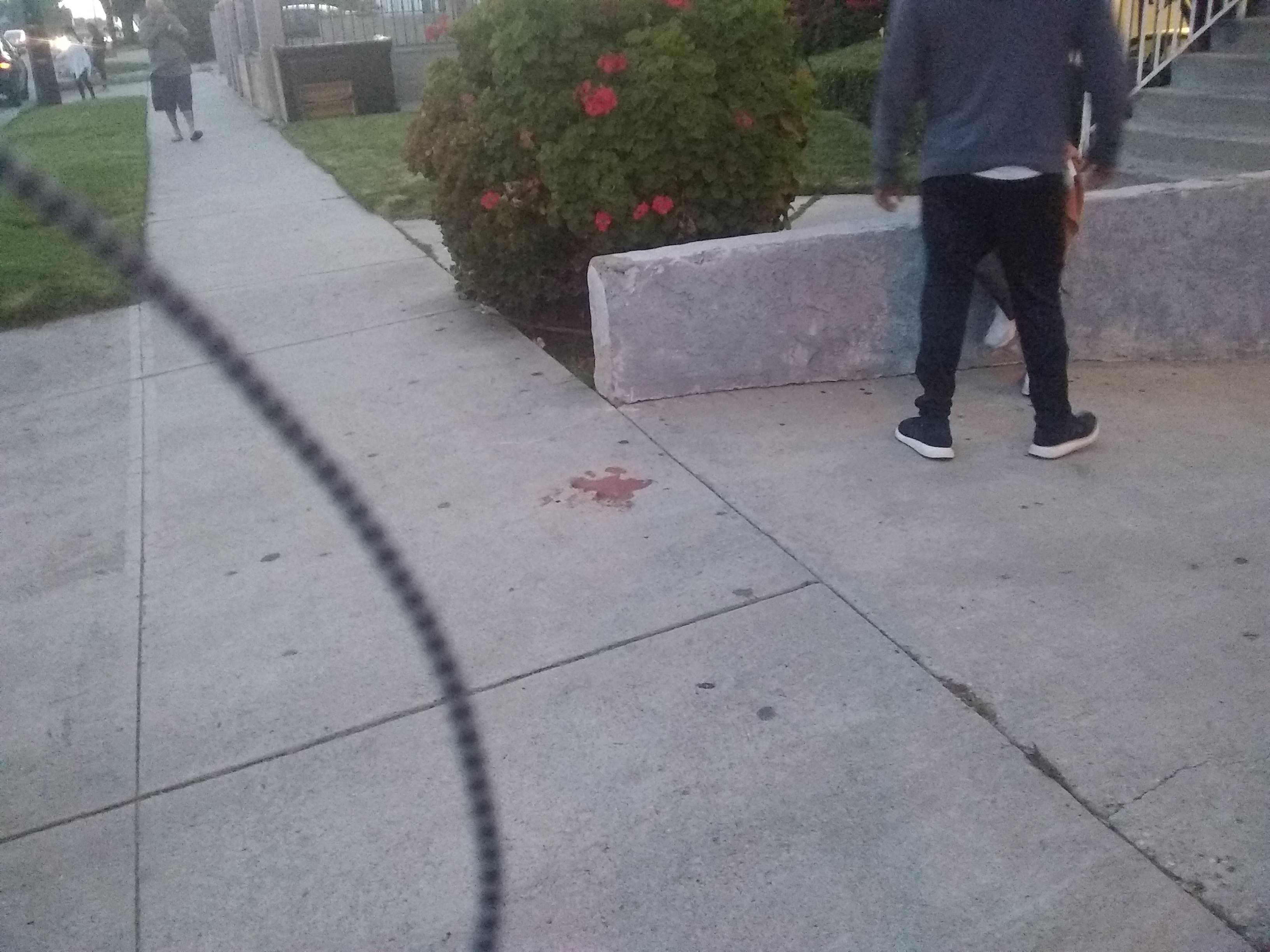 Ok so like 2 days ago I was just going for a walk and then when I was gonna pass by an apartment complex I saw a crying adult woman holding what looked like a baby blanket that was covered in blood. There was an adult man beside her trying to presumably comfort her. I saw some people who witnessed this from a glance and I noticed that there was a girl on a veranda in the apartment nearby where this was all happening. We looked at eachother for a few seconds and she was frowning. I then stared back at the crying woman and the man and I swear to god I saw a red, gory string of flesh hanging out from a slight opening from the blanket though I didn't actually see what was inside.

I tried to get a picture of the blood but it was difficult because I was worried about being told to fuck off so I tried to go for a stealthy aproach but only managed to get a picture of the blood and the man with the woman sitting and holding the blanket (pictured above; the man is on the right) and then I went back home and when I got there I told my mom that I saw a dead baby on the streets and I showed her the picture and then we go in the car (we were already planning on going for a drive in the first place) and we go to the place and the man and woman are gone and she sees the splatter of blood and she tells me that it was likely just a dead dog because an ambulance would be here if it was a baby and then I realized that the string of flesh I saw was likely the dead dog's sagging, bloody testicles with some skin torn off presumably due to the meat like color I remembered it having.

After that we drove off to get some food at 7-11 and Burger King.