The first day of the expo. 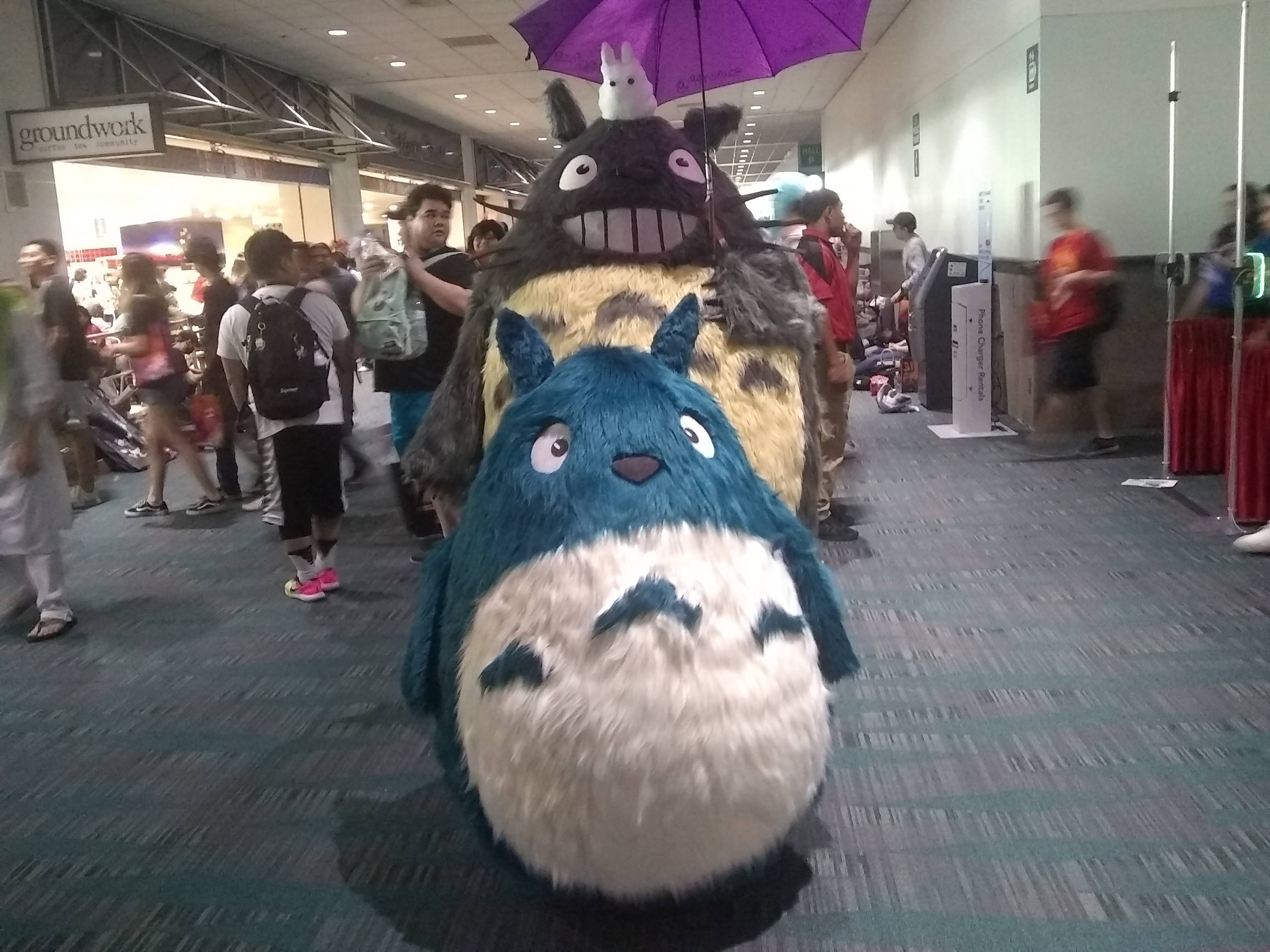 A picture I took.

When I got up this morning I was in massive pain from last night because I took my Zoloft incorrectly so it took me a while to get up out of bed. I gave The boy named Crow a text asking him if he was in California yet since he said that he was coming to attend the wedding of some relatives.

Me, Wendy and dad drove down to the metro station in North Hollywood and then we took the subway to downtown L.A. When I was on the subway, Crow finally gave me a responded saying "Yeah I think I'm near Calimesa" and said he was in San Bernadino. He also said that if he was alone and was not being forced to stay with his parents he totally come over and visit me and noted that he was not that far from the convention center at the time of writing the text. I reflected on this silly little bit of dramatic irony as I made it to the very long line to the building where the convention was being held.

The line spanned over 2 blocks and it was very, very hot outside. Though thankfully the line moved pretty quickly. When I was in the line I sorta felt like a dummy for just wearing normal clothes to the thing and not wearing anything related to pop culture or dying my hair like everyone else did, assuming they didn't cosplay.

Wendy ended up getting split up from me and dad in the line and when I went inside the building I couldn't find her so I just spent my time at the convention alone since we only got 2 badges forcing dad to stay outside. The experience was a mixed bag as there was so much cool merch I wanted buy but couldn't cuz I didn't have any money which made feel bummed out so I spent a while just sitting down in a public hall where a bunch of people where sitting as well to rest and regain energy. I had at some point wished I brought a rubber band with me for that one moment. Going to conventions without money sucks, though, I did find some good ways to spend my time without cash and took some pictures of some cosplayers so I'd say it wasn't all bad I guess.

When I got back outside to meet dad to leave Wendy was still gone. Apparently at one point she ditched us to go eat at some bar/resturant with some friends. When we found her there she apologized and dad accepted her apology as did I. Then we went back home. I walked so much today my legs hurt.