The third day of the expo. 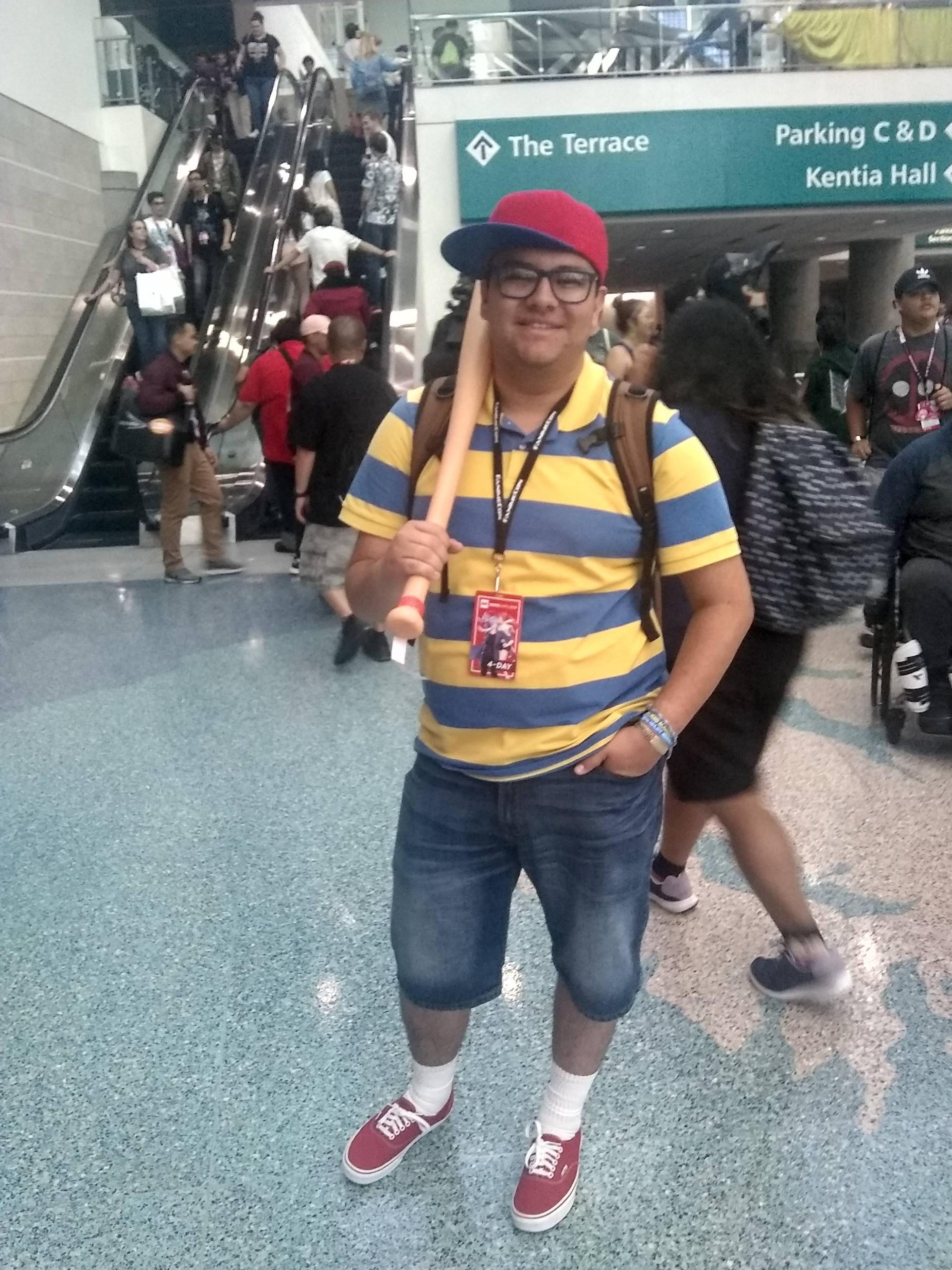 I awoke from my rest. When we got to the expo today I finally did something I had been planning for a while now, going to the artist alley to check out all of the cool art there. When I entered it was crowded as fuck, so much so that you could basically walk less than an inch per footstep. Whenever I saw some artworks that I liked there I took a picture of the nametag attached to every stand so I could remember the names of the artists. The artists I liked were:

After I got out of there decided to go back to the entrance where I had entered and then I saw a Ness cosplayer. This got me excited as now I could do something that I've been waiting to do since day 1. When he accepted my I got out my phone and said, "Say fuzzy pickles!"

He did what I asked of him and it felt super cool doing that.

So After that I went off to the manga libary and I read some Yotsuba&! and talked to The boy named Crow on discord for a bit when all of sudden I received a phonecall from my grandmother. She said that there was gonna be a party at my aunt's house for Wendy and that me, her, and my dad should come. I told her fine and then after that I left the libary, took some photos of some cosplayers and then went outside to meet my dad but Wendy was not there. Dad said she went to some hotel to meet some friends. We then agreed to let her be with her friends and that we'll pick her up when she gets off the subway. When we got off the subway and into the car we got a text from Wendy were it was revealed that she basically ditched us to go to a concert with her friends.

When we got to my aunt's house I asked dad if it was a good idea to tell everyone that Wendy ditched us and he said no because it would hurt their feelings.

You know what my course of action was?

I called my grandma on the phone and told her exactly what was going on with Wendy – right in front of my dad! Naturally he was pissed off and started screaming even though grandma wasn't bothered by it. That screaming was super funny dude, you should of seen it. I wish I could rewind time so I could relive that experience. I then left the car to go to the party. It was kinda boring but nothing too bad I guess. Eventually dad left the party to finally pick Wendy up from metro after the concert had ended. After spending some more time there we eventually left and went home.