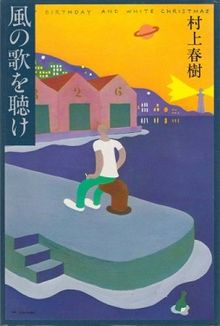 Three days ago at school, my counselor Nick told me a story about this client he worked with as part of his job as a psychologist. She was having some issues with her husband and went to Nick for help. It turned out that the woman was suffering from extreme emotional distress ever since a very severe trauma from her childhood.

Cut to 40’s Berlin at the end of WWII where Berlin is getting bombed by the United States. The woman was there as a little girl. She, her sister, their parents, and her grandfather all hiding in a basement for safety against the explosions going on outside.

They were starving and there was hardly any food. Things became even worse when her grandfather had given the woman and her sister some food to eat while sacrificing himself of food in the process and then they watched him starve to death right in front of them. The mother and father also died as well leaving the 2 sisters as the only people who survived. They were then put in an orphanage and adopted by a family who treated them right.

However the woman’s sister turned out to be insane due to the event and was then put in an asylum. Nick then received a phone called from the woman’s husband telling him to not try to dig any deeper or else she will end up suffering the same fate as her.

When I got home from school that day I told my dad the story and he said that stuff like that shows that I have it easy in life and I haven’t experienced anything. He told me that I’m lucky for what I have.

I realized how much of a brat I am. A brat who knows nothing and is nothing. I then went for my daily walk at night and kept walking to where I usually go when I go out ruminating on this fact. It makes no sense for me to have everything but to not enjoy much of anything at all.

As I was walking I also talked to The Boy Named Crow on Discord and told him the story I heard from Nick while going on about me being a worthless brat.

Me: I’m just a brat
Me: So should I kill myself
Crow: that’s something a brat would say
Me: See
Crow: lol
Crow: well you still got a whole life ahead of you
Crow: lot of time experience traumatic stuff
Crow: so your not so boring or whatever lol
Crow: dont compare yourself to other people
Me: Wuddaya mean
Crow: you said you never suffered
Crow: because you didn’t survive a war bombing
Me: Well there’s other things I haven’t survived
Me: Like rape or kidnapping or slavery
Me: I can’t be traumatized
Me: Cause I have it so good
Me: It’s physically impossible
Crow: dude you bitch and moan about your life all the time
Crow: it does suck
Me: How
Crow: stop trying to put your life on a scale of suck
Me: How do I have it bad?
Crow: are you really going to sit here and tell me your life is perfect and awesome??? reallly???
Me: Mommy and daddy take care of everything
Me: I do no chores
Crow: so theyre training you to be lazy and dependant and weak
Me: Yeah see
Me: I’m a brat
Crow: dude
Me: They say I’m super spoiled
Crow: i bet you live below the poverty line or going crazy
Crow: and you have no friends and you hate yourself
Crow: how do you have it good
Me: #FirstWorldProblems
Crow: man you really hate yourself
Crow: you just dont want to stop being a brat
Me: How do I stop
Me: Getting raped?
Me: Would that change me?
Crow: thats your prbolem
Crow: you just want everything to be like one big event
Crow: you dont want to accept that real change will take time and effort
Crow: you just want to wake up and be a better person somehow
Crow: you gotta look at yourself and decide what you need to change about yourself
Crow: you need to take inventory of yourself
Me: I wanna be less impulsive
Me: I want control
Me: I want to control everything
Me: I wish I could be rich
Me: And buy my way out of everything
Me: And have infinite power
Me: https://www.youtube.com/watch?v=TRTkCHE1sS4

I eventually stopped walking and stared out into the streets as the cars drove by. I then saw down on the edge of the sidewalk for a little while. All I heard was the wind giving a brief howl as each car drove by at fast speeds.

I gave texts to various members of my family and sent Crow a message on Discord simply saying “Goodbye forever.” and I then got up and walked in the middle of the street.

I tried waiting for a car to come over but they were good enough at driving away so they didn’t hit me. There was one time though, where a car was right about to hit me. But I jumped away and walked back into the sidewalk. Dying is scary. Is there an afterlife? I don’t know. God I wish I did. I just wanna know whether or not I’d be burning in internal hellfire or some shit if I did. This all-consuming ambiguity has been literally the only thing ever seriously stopping me from pulling the plug on this suffering forever. I don’t care what other people would feel about me offing myself so that’s not stopping me. If you don’t like it, fuck off and deal with it. Rock and roll.

I then got back to walking when I got some discord notifications from Crow showing off some new artwork he drew and then I walked into a nearby McDonald’s to take a shit.