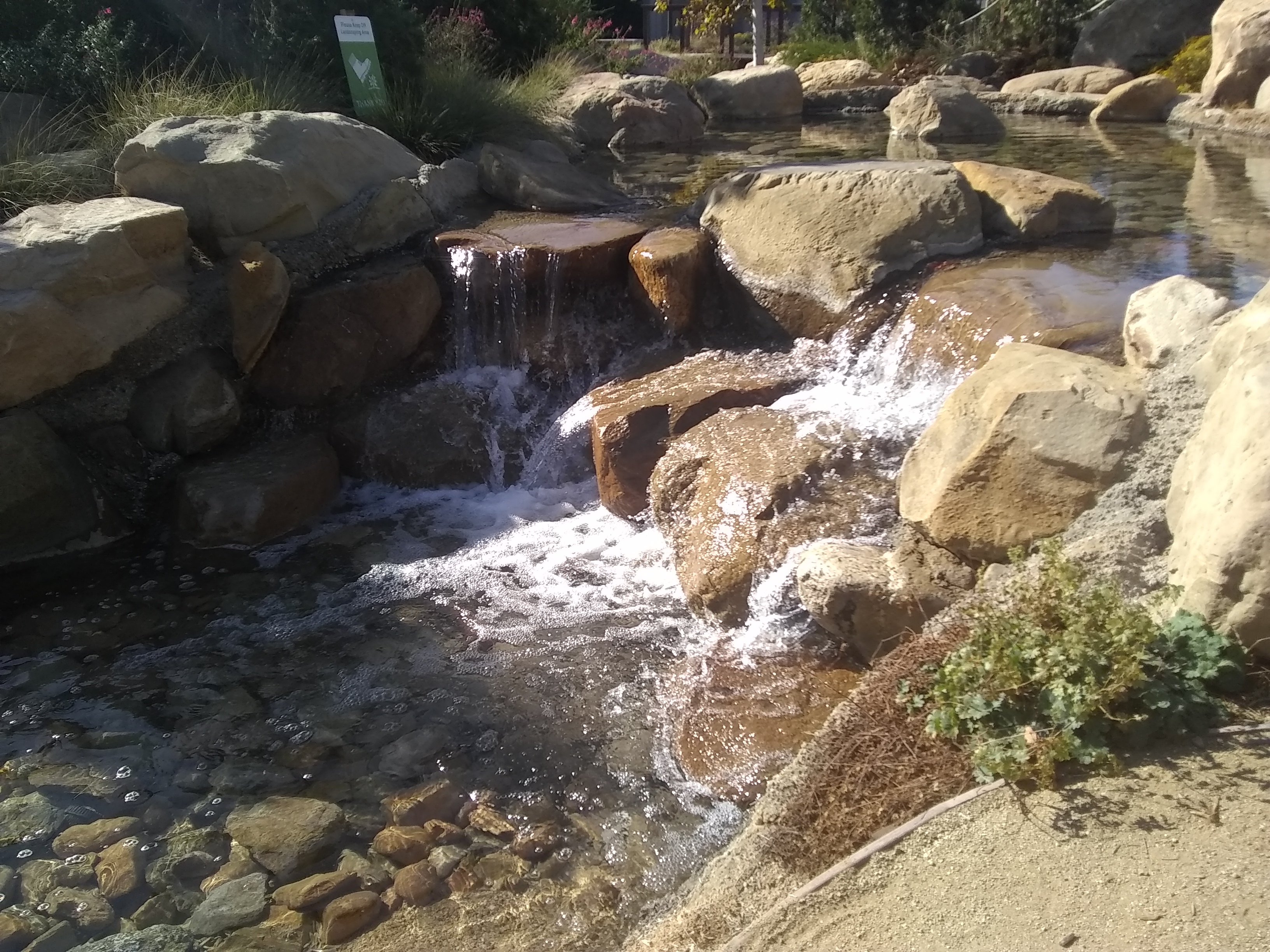 A picture I took of that beautiful, bubbly view.

So on the day of mom’s funeral dad and I were given a ride to the funeral by Grandpa and his sister who was also in the car. But before then we went to McDonalds for some breakfast which consisted of orange juice, hash browns, and 2 egg McMuffins. It was good.

So anyways we drove up to some big mountain in Santa Clarita where the funeral was gonna be held. The funeral was gonna be held indoors in some big auditorium looking room. We were early for the funeral and we were in the waiting room for a while. There was so much people there, relatives and friends of mom. They all introduced me to them. All of them. I heard the same conversation 20 times that day. Some person there would introduce themselves and ask “How are you?” and I’d just say “Fine.”. This happened over and over.

When it was finally time for the funeral to begin everyone walked into the big auditorium looking room which had rows upon rows of chairs for everyone to sit. I got a front seat with Wendy sitting next to me on my left and Annie was on her other side. There was a stage like you would see in some concert or something but noone ever stood on there and in front of the stage was a stand with a red vase on top where mom’s ashes are inside. The front of the vase, in white letters read ”Sybil Elena Dubón, December - 29 1971 November 12 2019”.

Then some pastor went to center of the room, in front of the vase and started reciting bible passages and shit and I’m bored here thinking, “We came here for a funeral, not bible study.”

When he finally shut the fuck up other people in the went up in front of the vase and started talking about their experiences with mom and how much she meant to them and whatnot. One of the stories almost made me tear up a little, I’ll admit.

So after that when all the talking was done we all got up and starting talking to eachother and shit. I got that same conversation that I mentioned a couple more times and then we went outside and we were planning to go to aunt Clara’s house for the reception.

But then Wendy told me and dad about this small lake surrounded by rocks nearby the building. We walked there and I sat on the wooden bench right next to it. It looked so beautiful. A mini waterfall poured clean white water which became transparent and spread all through the lake and eventually went down a drain. It was just so pretty that I couldn’t keep my eyes off it! But then I found myself snapped back into reality as Wendy handed me and everyone else these small white seed packets which a small picture of mom on it.

On the back of the packet there was a caption. It said; “Plant these seeds and remember me. When they flower, that’s where I’ll be.”